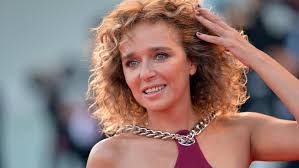 [:en]
After ‘Hollywood’ Italian films received the most prizes at the Cannes Film Festival since its existence in 1939. Twelve times an Italian director was picked as winner of the Palme d’Or, including Fellini, Visconti and Antonioni. The last win dates back to 2001 when Nanni Moretti won with ‘La Stanza del figlio’ (The Son’s Room’). Not counted is the honory victory for Bernardo Bertolucci.
The United States won 19 times, England and France each nine times.

No Italian film in Cannes’ Film Festival this year (until May 22, 2016). It is a sign that the festival has taken a strong international flight. That is not a new development way. The last ten wins went to directors from countries such as Tunisia, Turkey and Thailand.

In “Un certain regard”, a section of the Cannes Film Festival’s official selection, will be screened however the film ‘Pericle il Nero’ of Stefano Mordini. The leading actors are Valeria Golino and Riccardo Scamarcio. Since the introduction of this section (1998) one Italian director won the price and 30.000 euros: ‘Il meglio gioventù’ of director Mario Tulio Giordana.[:]