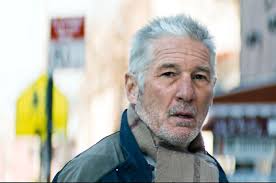 [:en]Richard Gere before a homeless audience in Rome[:]

[:en]Richard Gere will present his latest film ‘Time Out of Mind’ in an exclusive preview before a homeless audience in Rome (June 9). The film about homeless people will later that week star the opening night of the 62nd edition of the Taormina Film Fest in Sicily, according to cinematographe.it.

Richard Gere will submerge with his audience in the well known refuge center of Sant ‘Egidio. Who -with or without a roof over his head- wants to attend, travels on Thursday June 9 at 3 pm to Via Dandolo 10 in the Trastevere district. A similar initiative is organized in Taormina on Saturday June 11, where 300 homeless people from across Sicily will participate.

‘Time Out of Mind’ was released in 2014, but was not distributed before the end of 2015. The film is directed by Oren Moverman. Sant’Egidio is a Roman Catholic aid organization that mainly provides assistance to urban people in need. The organization was founded in Rome.
[:]